OWS On The Move (Mayoral Mess) 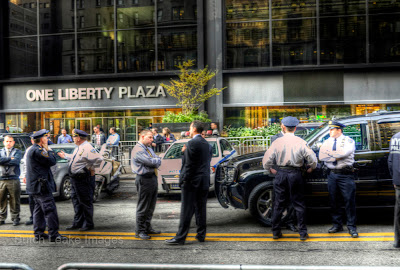 Thursday November 17 is promised to be a day of massive disruption here in NY
as OWS protesters promise to avenge a federal ruling which overturned yesterdays
decision by Supreme Justice Lucy Billings to allow them back into Zuccotti park with there
tents and other property.

For a period of time Justice Billings while coming up the ranks as a lawyer worked for the
ACLU (Civil Liberties Union) and has been sympathetic to such causes in the past.

It is know that the ACLU has been thorn in the cities side over first amendment issues.

The city has been hard pressed to win first amendment issues going back to the Mayor
Giuliani era.

The city regulates it's streets in and around it's Health and Safety statutes.

After short legal wrangling the city won it's move to keep the protesters from returning
as before when Justice Michael Stallman overruled order allowing use of tents.

In the end Justice Stallman  found the rules against the accumulation of garbage and
human waste in public places were in his words reasonable.

In court papers the city said the park had become overcrowded and a cesspool
rife with trash, fire hazards and crime which is questionable if you had ever visited
the occupation area.

It's also noted by protest lawyer Alan Levine the rules of no camping were imposed
after the protest began so they are invalid.

Much of the discrepences were being corrected when the city decided to move in
with there strong arm tactics as city officials were looking at a race against the clock
all politically motivated.

The fact if the mayor was running for office such as the presidency this might
have been a different outcome. He had nothing to loose by making the move
he decided on.

It's further noted that Mayor Bloomberg had been in constant contact with
Brookfield Properties considering the mayor's girl friend, Diane Taylor
sits on the board of the real estates giant which owns Zuccotti.

The Park is also named after former deputy mayor John Zuccotti who's
Brookfields chairman of the board.

As it currently looks this is a major mess for all parties involved as the protest
will surely go on into the future with no end in site.....

For the latest photo's on OWS on the move log into http://butchleake.tumblr.com

OWS On The Move (Police Raid) 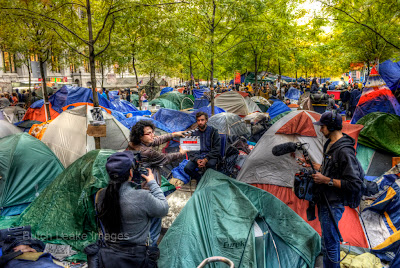 A New York judge issued an order Tuesday morning allowing Occupy Wall Street protesters to return to Zuccotti Park, just hours after scores of sanitation workers and police in riot gear ordered them out and tore down their tents.

According to city officials they were intending to let protesters return to the park but couldn't allow them to pitch tents and other structures in the park. The mayor said the park would remain closed until legal issues were worked out......

The order from New York Supreme Court Judge Lucy Billings allows protesters to bring tents and other equipment back into the privately-owned park where the now-global Occupy movement began some two months ago.

For more dramatic photo's from Zuccotti Park log into http://butchleake.tumblr.com

O.W.S. On The Move (A Spiritual Debate) 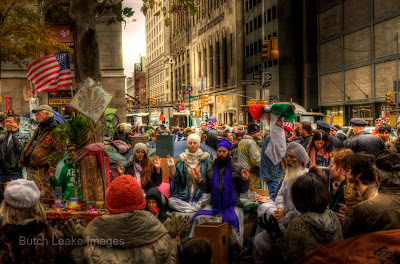 Though the O.W.S. (Occupy Wall Street) movement has been going on for
sometime now there have been some interesting questions that have been
aired among the many participants in  Zuccotti Park.

One noted observation was a sign that a protester had over his head which
read "Why Aren't There More Black People here" ? To answer a portion
of this, it was noted a black man not to far away from the man with the
sign was having a heated debate with a number of white men over his
selling of buttons which on observation depicted images of Nubian
culture.

The issue at hand was his selling to make a profit which seemed to not
go down to well with the men who were standing around him.

Now as you walk around Zuccoti Park you can't help but note the number
of venders who are selling there wares and the majority of these folk
are white Caucasian  males with some blacks sprinkled in between.

This movement non the less is about the spirit at hand. The less fortunate
the 99% who have come together to air there grievances  in relation to
the 1% who control the wealth of the world.

This 1% are the Barons and families who since the birth of this nation
controlled the wealth of the land through forced labor on plantations
in and around ports such as Massachusetts bay colony and New York
where African slave were brought and sold.

Thus Wall Street is a burial ground and the spirits of these slaves still walk
among us.

You be the judge if you so dare!  The African American spiritual position
is alive and well........

For more images coming from Zuccotti Park Wall Street Log into
"Through My Lens" at  http://butchleake.tumblr.com

Posted by Unknown at 6:01 AM No comments: 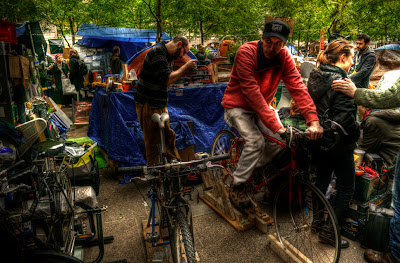 Last week though the city and the New York Fire Dept removed six generators that the
OWS movement members use to  to power there fixtures such as light and  refrigeration in and around Zuccotti Park. They managed to trump the mayor and the city by bringingin field expedient devices such as bicycles and small generators to charge the batteries they vitally need for lighting in there medical facilities, tents and other small compound structures that they built...

For continuing dramatic pictures from the occupation area in Wall Street log into
http://butchleake.tumblr.com