The Drifters will release there first single in over 30 years.

The current lineup will release a version of Sir Elton Johns Sacrifice with
proceeds to be donated to UK based HIV+/AIDS Charity MildMay.

MildMay have pioneered care and treatment for HIV+AIDS patients in the and overseas for the last two decades and the charity leads the world in the treatment and rehabilitation of HRBI (HIVRelated Brain Impairment) at their , which is well known for the famous visit of the late Princess Diana.

The Sacrifice track Produced by Shaun Lowe at Neon Records will be officially released on the 28th of June to coincide with The Drifters featuring The Drifters Legends Show at the Indigo 02 Arena.

(CORNER TALK REPORT)
Posted by Unknown at 12:49 PM No comments: 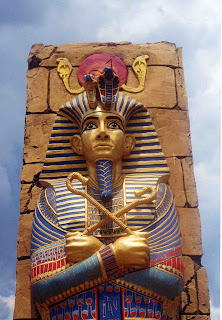 Hetep Circle discussions will contain much information on
aspect of the Egyptian religion that are not in the mainstream views
of Egyptology, religious org. and historians.....

Truth is Truth for those who are capable an willing to lift the veil of
ignorance and see the errors of there ways....

The site invites all comments and followers who are interested in the
other story.

Hetep Circle is at http://www.hetepcircle.blogspot.com