Barack Obama accepted the Democratic nomination in a packed stadium and challenged John McCain to debate "who has the temperament, and judgment, to serve as the next commander in chief."

In a riveting speech the Illinois Senator spelled out his plan for change to the American people.

Obama was greeted by tens of thousands of cheering supporters chanting "yes we can."

He called upon Americans to help usher in an era of change after eight years of what he called failed policies.

"Change happens because the American people demand it -- because they rise up and insist on new ideas and new leadership, a new politics for a new time," he said.

He brushed aside critiques from his Republican opponent, accusing him of being out of touch.

Point by point, he addressed McCain's policies on the Iraq war, the economy, offshore drilling and health care, accusing him of pursuing the same policies as the Bush administration.

There were performances by Sheryl Crow and Stevie Wonder who sang sign seal delivered.

Wed Former President Bill Clinton indorsed Obama and said he is ready to lead the country.

Posted by Unknown at 8:42 PM No comments: 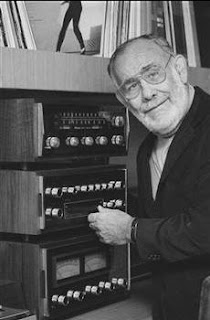 New York- Famed record producer who helped shaped shape rhythm & blues with such
influential recordings of Aretha Franklin, Ray Charles, The Drifters, Bob Dylan and Willie
Nelson died Friday of heart disease at his home in Sarasota Fla. he was 91.

Wexler earned his reputation as a music industry giant while a partner at Atlantic Records with another legendary music figure, the late Ahmet Ertegun.

His touch helped boost the careers of both the “King of Soul,” Charles, and the “Queen of Soul,” Franklin. Wilson Pickett, Solomon Burke and Percy Sledge were among the other R&B greats who benefited from Wexler’s musical genius. He also produced Dusty Springfield’s classic “Dusty in Memphis,” considered a masterpiece of “blue-eyed” soul.
(CORNERTALKREPORT)
Posted by Unknown at 12:53 AM No comments:

DEATH OF A LEGEND

It has been reported the Legendary Singer an Composer Isaac Hayes has died
in Memphis, he was 65......

According to news sources he was found by relatives unconscious in his home
next to a treadmill that was still running......

Paramedics attempted to revive him but was pronounced dead shortly after
2pm Sunday.....

Hayes was a legendary an longtime writer an arranger for Stax Records in Memphis...

In 1971, the theme from "Shaft" topped the Billboard Hot 100 for two weeks and won an Academy Award for best original theme song. The song and the movie score also won Grammy awards for best original score and movie theme.

As a entertainer an friend I new him well.... He will be truly missed.