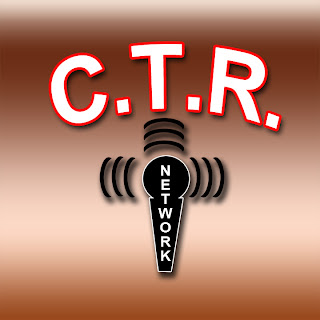 After the positive response that we have received over the past
couple of years, we have decided to broadcast a live version
of the blog.

You can watch both pre-recorded and live broadcast in the coming
months.

At the bottom of this page you can watch us at both our Mobile viewer and our channel
viewer for your pleasure......

The written blog will continue as usual...... Thank you for the support.

(CORNER TALK REPORT)
Posted by Unknown at 9:04 AM No comments: 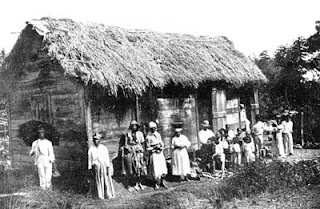 The reorganization of the French empire began under Colbert and was finallybrought under direct control of the Crown in 1774.

By 1686 more than 90 percent of the capital and goods handled on
the legal Seville-to-the -Indies trade was controlled by French, Dutch,
Genoese, English and German businessmen (mostly through Spanish
intermediaries).

In the Caribbean the whole of the region by this time had been experiencing
a revolutionary reorganization of it society structure. This was to include
it's agriculture and commerce.

With the delay in Spanish possessions, and the subsequent exploitation, domination
of settlers and removal. The age of sugar and slavery had arrived.

The introduction of African slaves was instituted on a massive scale. It soon was
was to be use as a main source an form of employment and reflected a major
change in the status and role of the colonies in the Caribbean.

In the 1640s a semi-feudal European settler frontier slowly gave way to a
organized and commercially structured society of masters and slaves.

Greater profits were to be made in the new economic structure to private and public
proponents than had been in the old and former European farming communities.

The adoption of slavery came about because of the severe economic crisis of the
seventeenth century Caribbean and it's particular need to establish a more
competitive, marketable commodity than tobacco as the basis of colonial economy.

Posted by Unknown at 5:22 AM No comments: 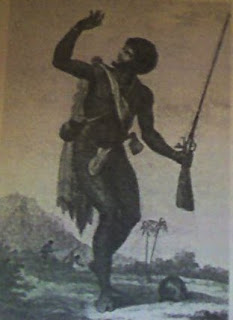 The seventeenth century witnessed some fundamental changes in the
political, economic, and social structure of the Caribbean.

During this period you saw a dramatic shift from being mere settler
communities to exploitation colonies within the non-Hispanic sphere.

There marked a startling political change of imperial divisions when
the Dutch, French and English successfully defied the might of Spain
and established permanent strongholds which for more than a century
had been the sole and private possession of monarchs of Castille.

After 1700 Caribbean possessions change hands among European powers,
but for the most part remain cosmopolitan.

It were somewhat difficult, to give you an exact account, of the number of persons
upon the Island; there being such store of shipping that brings passengers daily
to the place, but it has been conjectur'd by those that are long acquainted, best seen
in the knowledge of the Island, that there are not less than 50 thousand souls, beside
Negroes; and some them who began upon small fortunes, are now risen to very
great vast estates.
The Island is divided into three sorts of men, Masters, Servants, and Slaves.
the slaves and their posterity, being subject to their masters for ever are
kept and preserved with greater care than the servants,who are theirs but for
five years, according to the law of the island. So that for the time, the servants
have the worse lives, for they are put to very hard labor, ill lodging, and there
diet very sleight.

The 1700 found two distinct societies living side by side. The first type were loud,
violent society of struggling settlers, prospering farmers or planters of such,
officials, merchants, suffering slaves and ambivalent free persons
of color.

These would have been considered the true colonists, who for the most part
excepted the conditions they found themselves under albeit under duress, rules
regulations and adhering to varying degrees of political design of
different imperial systems.

The second social type generated by socio-political movement of the times were
groups of individuals commonly know as trans-frontier men.

Communities of Maroons or escaped slaves, defiant and stateless Buccaneers
who represented an alternative to colonial social structure but not a threat to
organized society.

The Maroons were the most successful alternative to European colonial society.

The Maroons came about in a climate of resistance to slavery and were a
essentially communities of Africans who escaped individually and collectively.
They continued the tradition begun by the indigenous Indians.

(CORNER TALK REPORT)
Posted by Unknown at 7:42 PM No comments: 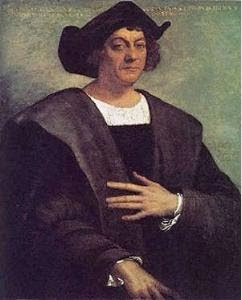 The last migrant group to settle in the Caribbean prior to the arrival
of the Europeans in 1492 were the Kalinago.

All three groups had entered the Caribbean from the region of South
America know as the Guianas.

These were the Ciboney, the Taino (Arawaks) and the Kalinago.

On record the Ciboney arrived about 300 B.C. followed by the Taino, ethnic
relatives, about 500 years later who by 650 A.D. had migrated northward
establishing large communities through the islands in the Greater Antilles.

Migration for the Kalinago started around 1000 A.D. and they continued to
arrive by the time Columbus's landfall.

When the Spanish arrived in the northern Caribbean, they found the Tainos already
in a defensive posture, yet later encountered the Kalinago who were much more
prepared for aggression and to wage a protracted war against the imperialist.

Both Kalinago an Tainos were well prepared for survival having inhabited the
islands for such a long time.

European colonial forces from the offset were more technologically prepared for
violent conflict due to determined maritime mobilization, capitalist finance, science
and technology and to further imperialist goals.

In the Greater Antilles, the Tainos waged a spirited military resistance campaign
although ineffective against Spanish forces. They were supported by the Kalinago.

In 1494 Columbus led a force of 400 armed men into the interior of Hispaniola
in search of gold, food and slaves. Taino Caciques mobilized for resistance.

Guacanagari, a leading Cacique marched with a few thousand men in 1494
against the spanish but was unsuccessful in the attempt.

The Spanish under Ponce de Leon were attacked frequently byTaino warriors
and many Spanish settlers were killed but the Taino and Kalinago were eventually
crushed in the counter assaults.

Taino fatalities were high and thousands were publicly executed and or killed
in the many battles.

However in the lesser Antilles Kaliinago were more successful in there campaigns
against the Spanish, and then the English and French thereby preserving their
freedom and maintaining control over their land and territory.

The Kalinago an their anti-colonial communities on the outskirts of the imperialist
slave plantations, constituted a major problem for slave owners and threatened
the very existence of colonizing missions......

(CORNER TALK REPORT)
Posted by Unknown at 6:23 PM No comments: 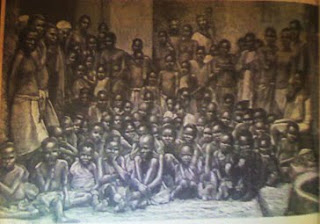 Twenty-five years would elapse between the first Portuguese voyages
along the northwest coast of Africa and the taking of captives at Rio do
Ouro (modern Rio de Oro) byAntao Goncalves and Nuno Tristao during
there voyage of 4141.

The Portuguese recognizing that voyages of the sort could be self-financing
and revenue generating accelerated the rate of exploration along the west
African coast.

By the 1450s and 1460s trade in goods and people had become commonplace.

Portuguese contacts with Africa, from Mauretania to Kongo, were primarily
commercial ventures.

The Portuguese entered a half century of peace and friendship with leaders
in sub-Saharan Africa. They established cooperative working relationships
with African middlemen and suppliers of slaves and other goods.

In the beginning being far removed from the Mediterranean supply and demand
cycle to obtain slaves from the Black Sea, Crimea, or the Caucasus, the Portuguese
were on the lookout for alternative sources for labor.

Soon attacks on Moorish vessels in the Straits of Gibraltar, transits between
Morocco and Granada and raids on Guanches, indigenous to the Canaries,
provided the Portuguese with labor.

Acts of piracy in the guise of armed offensives against non-Christians first exposed
the Portuguese to sub-Saharan blacks in transit from the Maghreb to Granada.

The African presence in Portugal

Much information has been lost due to an earthquake in 1755 which destroyed the
Casa dos Escravos de Lisboa (founded 1486) which was the section of Casa de Guine
responsible for the administration of the slave trade from West and Central Africa
the collection of duties, and the farming out of royal contracts.

Evidence which is available indicates that the number of slaves exported from upper
Guinea in the latter part of the century varied from year to year.

According to Portuguese historian Vitorino Magalhaes Godinho between 1,000 and
2,000 slaves were exported from Mauritania and the Sahel in the period 1441-48.

Establishing relations with Sudanese traders and later with traders between Senegal
and Cape Verde, these numbers increased dramatically.

Some 5,000 slaves were estimated to have been exported from between Senagal
and Sierra Leone in the decade 14450-60 and the number doubled in the
following decade.

From 1480s 3,500 slaves were exported from the region annually, with numbers
declining in the 1490s.

Exports of 80,000 persons as slaves from areas between the Saharan littoral
and Kongo in the half century preceding Columbus's landing in the Americas.

Posted by Unknown at 6:23 PM No comments: 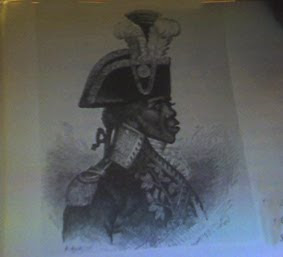 As a matter of record there has been many slave uprisings in history throughout South America, Mexico and the Caribbean.

It was on the plantation of Christopher Columbus's son, Diego on the island
of Hispaniola in 1522 that the first large-scale revolt of African slaves took place.

In 1546 slaves revolted in Mexico.

Slavery in the Caribbean and in South America served as models for the
flesh industry that developed here in North America.

It also planted the seed for the eventual slave revolts here in North America
as many of those that were shipped here had first hand knowledge of the
uprising in the Caribbean..

A Dutch vessel traveling from the Caribbean, brought twenty black
indentured servants to Jamestown Virginia. The Virginia House of Burgesses
that same year met in Jamestown an approved indenture servitude.

Eventually the trade of both white and black indentured servants spread to
Charleston (South Carolina) and New Amsterdam (New York).

During the eighteenth century, the revolutions that took hold in France
and America set forth the concept that liberty and equality were the rights
of all men.

These ideas were of cost dangerous concepts in slave holding societies.

It was such Ideas that motivated a slave who lived most of his life at Breda
plantation 15 miles from the capital of the port city, Cap Francois.

Born May 2, 1743 which was the feast of Saints he was named
Francois Dominique Toussaint.

Toussaint led a revolution that began on the French colony of Saint-Domingue
and ended with the abolition of slavery there.

He wanted to overthrow slavery as a social system.

Due to that revolution the formation of Haiti, the first black nation in the
Western Hemisphere was established....

Posted by Unknown at 6:41 AM No comments: