KINGDOM OF THE CRYSTAL SKULL

A must movie to see this spring is Indiana Jones (Kingdom Of The Crystal Skull), directed by Steven Spielberg.

It's been 20 years since the last Indiana Jones film starring Harrison Ford and
for Indy buffs this will be a treat.

Set in 1957, Professor Jones has returned home to his college to only find out that he
is under investigation by the federal authorities because of his activities and the
university is being pressured to fire him.

On his way out of town Indy meets a rebellious lad named Mutt who has a grudge and
a proposition for the archaeologist.

If he would help Mutt on a mission that has deep an personal stakes involved.

Indy could very well make one of the most spectacular archaeological finds in history...
the Crystal Skull of Akator. A legendary object of fascination an superstition and fear.

The film also stars Cate Blanchett from the films Elizabeth an Elizabeth the Golden years,
who plays a cold an beautiful soviet agent Irina Spalko with her crack military unit
in search of the skull with the belief it would give the soviets the ability to dominate the world once it's in there possession and they can unlock it's secrets. (CORNER TALK REPORT)
Posted by Unknown at 1:50 AM 1 comment:

Everyone knows this is nothing more then political theater played out by
a president who has fallen even lower in the ratings than Nixon during
watergate.

His recent attack on Sen. Obama on his willingness to have dialog with countries
that the current administration deem as enemies of the United States is a continuation
of the scare tactics which this president has used since the beginning of the Iraq war.

Israel has admitted it self that it has back door dialog with organization such as Hamas
an Hezbollah in seeking release of prisoners held by these groups and conducted these
kind of talks for years.

This only shows the reality of Middle East politics as it really is and not what the
rhetoric of what the Bush administration is trying to project to the American public.

Presidential hopeful Sen. John McCain is echoing nothing more than the same old scare
tactics with his continuation of the Bush policy as we move towards the November
national elections for the President of the United States. (CORNER TALK REPORT)

Sen. Hillary tonight after a long cliff hanger in Indiana wins the primary by
a narrow margin of 51% to Barack Obamas 49.

The night began with a Clinton spread of 10% which dwindled by 12pm in the evening
to 2 points.....

Obama won decisively in North Carolina early in the night 56% to Clintons 42.

Obama has a comfortable win over Clinton in the North Carolina Primary.

Clinton predicted this could be the game changer if she could win both
Indiana and North Carolina....

It is expected that Clinton will win Indiana but the decision will be close as
54percent of the vote is in but no projected winner as of yet..... (CORNER TALK REPORT)

Posted by Unknown at 5:44 PM No comments: 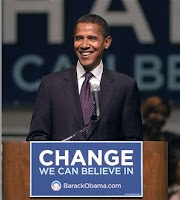 Big day today as voters in North Carolina head to the polls and cast there choice
of candidate into days primary..... This has been considered a crucial day for
both candidates as they compete for those dwindling delegate pools and the
candidate for nomination to go into the national elections in November...